Hosted by Justin Brierley, each season consists of six special shows with conversations and debate exploring science, faith, philosophy and what it means to be human. Join us, as guests such as Jordan B Peterson, Richard Dawkins, Francis Collins, Rowan Williams, Sharon Dirckx, Iain McGilchrist and Mikhaila Peterson debate the biggest questions of life.

The Big Conversation is produced by Premier in partnership with John Templeton Foundation. 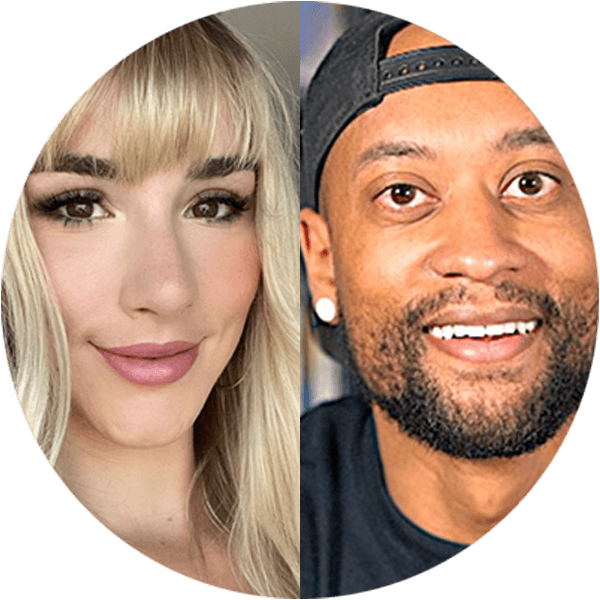 As Millennials with a large Gen Z audience, Mikhaila and Jon will discuss their journeys of faith and the search for meaning and spirituality among the digitally-connected next generation.

Hosted on Zoom by Justin Brierley, with audience Q&A.

Jordan B Peterson and Susan Blackmore discuss what are the psychological roots of faith beliefs? Can we make our own rules for life or are we subject to a higher level of meaning?
Steven Pinker and Nick Spencer discuss are science, humanism and ongoing moral progress the result of an atheistic Enlightenment philosophy, or the product of a Judaeo-Christian worldview?
Derren Brown and Rev Richard Coles discuss where does meaning and happiness come from in the absence of God?
John Lennox and Michael Ruse discuss has science replaced God as an explanation for life and the Universe?
Daniel Dennett and Keith Ward discuss can a naturalistic worldview account for the nature of consciousness?
Peter Singer and Andy Bannister discuss what is the basis for the value we ascribe to human life? How should we treat animals, the unborn and the profoundly disabled?
Alister McGrath and Bret Weinstein discuss is religion an evolutionary adaptation that has helped the human species to thrive?
Celebrated mathematical physicist Sir Roger Penrose talks to renowned Christian philosopher William Lane Craig about God and the Universe.
Peter J Williams & Bart Ehrman discuss the Story of Jesus; and how his story still influences the lives of millions of people.
Justin Brierley hosts a live dialogue between two leading cultural commentators - John Lennox and Dave Rubin
Justin Brierley hosts a live dialogue between two leading cultural commentators - John Lennox and Dave Rubin
Tom Holland and AC Grayling discuss how belief in the dignity, value and equality of human beings has become a cornerstone of Western societies. But how did those values arise?
Matt Dillahunty and Glen Scrivener discuss how new Atheism and the internet have fuelled the rise of many secular, humanist and atheist organisations in the 21st Century.
Filmed in front of a live audience in London, Bret Weinstein and Alister McGrath address the relationship between religion, evolution, morality and culture.
For the first time, Bishop Robert Barron and Alex O’Connor (Cosmic Skeptic), two of the most respected voices in the world of YouTube atheism and Christianity, brought together.
Nick Bostrom and Rosalind Picard discuss why have humans always sought immortality and could the rise of Artificial Intelligence and advanced technology enable humans to live forever?
NT Wright and Douglas Murray discuss how secularists have welcomed the fading of the West’s Christian identity, but what is it being replaced with?
Luke Barnes & Sabine Hossenfelder discuss how many physicists have pointed out the extraordinary ‘fine tuning’ of the physical laws of the universe that have allowed life to develop within the cosmos.
The first microbial form of life arose on the earth perhaps 3.5billion years ago. But how? Paul Davies & Jeremy England discuss.
Jesus was a Jew. But has modern Christianity become divorced from its Jewish roots? Giles Fraser & Amy-Jill Levine discuss.
Richard Dawkins and Francis Collins discuss their journeys towards and away from faith, Covid, genetics, evolution, the origin of the universe, evil, morality and God.
Rowan Williams, former Archbishop of Canterbury engages with author Paul Kingsnorth on his adult conversion to Eastern Orthodox Christianity.
Dr Iain McGilchrist and Dr Sharon Dirckx discuss what does the science of brain chemistry and psychiatry tell us about the nature of our mind and our cosmos?
Why do people convert to belief in God? Is it rational to do so? Featuring Graham Oppy and Guillaume Bignon
Lord Martin Rees & John Wyatt discuss what does the future hold for humans, and does faith have any part to play in the race to upgrade our bodies and escape our planet?
Mikhaila Peterson & Jon McCray (Whaddo You Meme?) discuss Has internet atheism run its course? Are young people ready to find meaning in religion again?